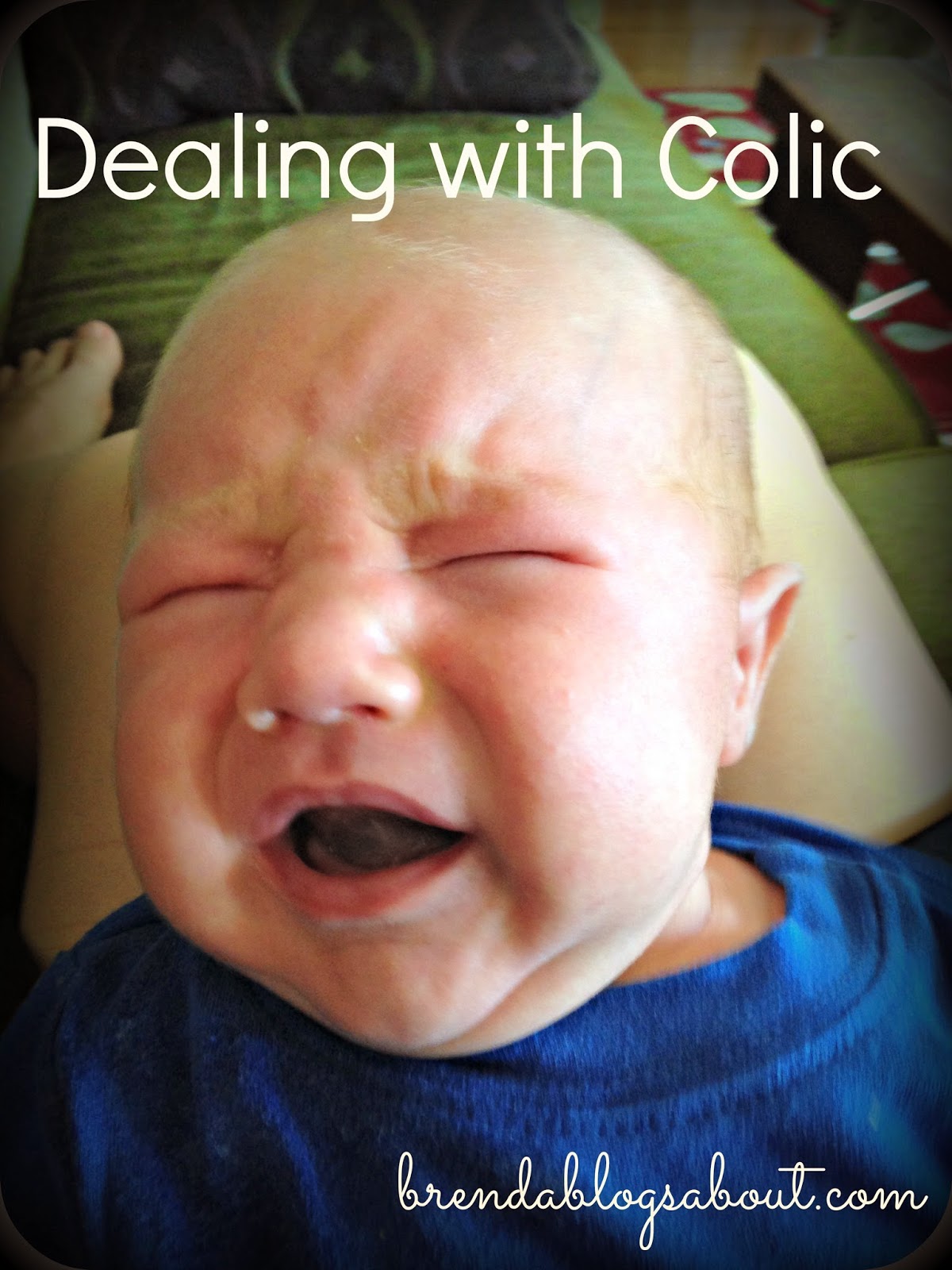 It’s one of those words that all parents of newborns hope to not have to deal with: Colic.  Unfortunately, we are currently dealing with it in our house.  Starting around 3 weeks old, Malcolm’s “witching hour” became more like “he-devil hours.”  He would be fed, burped and changed, and just scream inconsolably from about 7pm until 10 or 11pm.  Just when we thought we had him calmed down, he would almost fall asleep and then something would stir within him and wake him back up again, screaming even louder than before.  His screams are so loud that you can’t even hear the person standing right next to you.  When I took Guinevere to the doctor for her two-year check up, I was able to ask about it to make sure there was nothing seriously wrong with him.  She said it sounds like colic.

What is colic, you ask?  Basically it is a term for any baby who cries uncontrollably for hours on end.  The classic definition is a baby who cries inconsolably for three hours a day, at least three days a week for three weeks.  No one really knows what causes it.  Some theories are that the baby may have gas issues, or that the baby’s nervous system isn’t quite developed or that the baby just gets so overwhelmed by all the stimulation during the day that the only way they can deal with it is to cry.  Regardless of the cause, it is ridiculously exhausting for the parents trying to deal with a colicky baby.  Trust me, five minutes of a baby screaming in your ear can feel like five hours!

Apparently I was a colicky baby – I hereby apologize to my parents for having to deal with this.  I wonder if that’s the real reason my sister and I are five years apart – they needed that long to recover from/forget the colic (just kidding . . .sort of!).  If Guinevere had been colicky, we certainly would have spaced the kids out a little further.  The other night, a couple hours into one of Mal’s fuss-fests, I asked Aaron what the return policy was on babies!
Fortunately, our pediatrician was able to give us several tips to help us deal with a colicky baby.  She said she had a colicky baby, too, and she tried all of these tricks:


Here’s what we’ve done so far: I’ve cut dairy from my diet.  It’s so hard, but if it helps, I will keep dairy out of my diet until the colic is gone.  If you know me, you know how difficult it is for me to not eat dairy.  I’ve often said that I could easily be vegetarian, but it is my love of cheese that keeps me from ever going vegan!  Aaron and I also watched the Happiest Baby video.  We received the video as a gift from some friends when I was pregnant with Guinevere, but never watched it because we didn’t need it.  I did, however, read the book and thought I remembered most of the over-arching ideas behind it.  I definitely recommend to anyone who has a fussy baby that they watch the video in addition to reading the book (or maybe instead of, if you don’t have time to read the book). We learned a new way to swaddle that was similar to, but slightly different than how we were doing it.  This new way seems to work much better than our previous technique for swaddling.  We also learned a new way to hold the baby, and the reasons behind why those techniques work. Aaron and I looked at each other and said, “I can’t believe we’re second time parents and watching a parenting video!”  But hey, every baby is different, and may require learning new techniques/skills/tricks!

So far, the combination of cutting dairy and using the Happiest Baby techniques seems to help most of the time, though certainly not always.  We are now usually able to calm him, even if only for a little bit, instead of having him scream relentlessly for hours on end.  Even though having a colicky baby is not ideal, we are dealing with it as best we can.  Please forgive me if you see me in the grocery store and I look completely disheveled and dazed.  I like to call it the “new parent zombie look.”  Someday I will look presentable again! (I can still be called a “new” parent when my second baby is new, right?)
Posted by Brenda Stevens at 9:47 PM