Well, hello 38 weeks!  I cannot believe how fast this pregnancy has gone!  I am officially on maternity leave now . . . fortunately, this baby has given me a couple days off before his arrival (have I mentioned that it’s a boy?).  With Guinevere, I ended up working right up until she was born and I really wished I had taken leave a little earlier so that I could have had more time to prep for her.  With this baby, it was even harder to do any prep at all! Chasing after a toddler plus working occupies almost all of my time.  By the time G gets to bed, I am exhausted and the last thing I want to do is clean and organize (it’s also the reason this blog has kind of slipped by the way side).

Fortunately, I have now had 3 days off to clean & organize & prep.  We now have the “nursery” ready for baby’s arrival.  It’s really just the bay window of our bedroom where baby will sleep for the first several months of his life.  We will eventually turn the guest room into his room (guests will have to deal with the futon in our living room).  Why haven’t we converted the guest room yet, you ask?  There are multiple factors that went into that decision: a) we have enough going on right now and my pregnancy brain couldn’t handle the thought of trying to cram one more weekend full of logistics of trying to figure out how to get all the furniture necessary for a second kid’s room and move it and organize it, b) G will be getting my old bunk bed from my parents’ house as her “big girl” bed, but she’s still content in the crib (that will eventually be new baby’s) and has yet to try to climb out of it, so I’m quite happy to let her stay in it until she’s a little older, and c) our guest room is currently being occupied by some long-term houseguests.  So new baby will have to make do with just having a corner of our room for now.  Honestly, he was going to be sleeping in our room for the first several months of his life anyway, so it’s not that big a deal that we don’t have a full room set up for him yet . . . right? 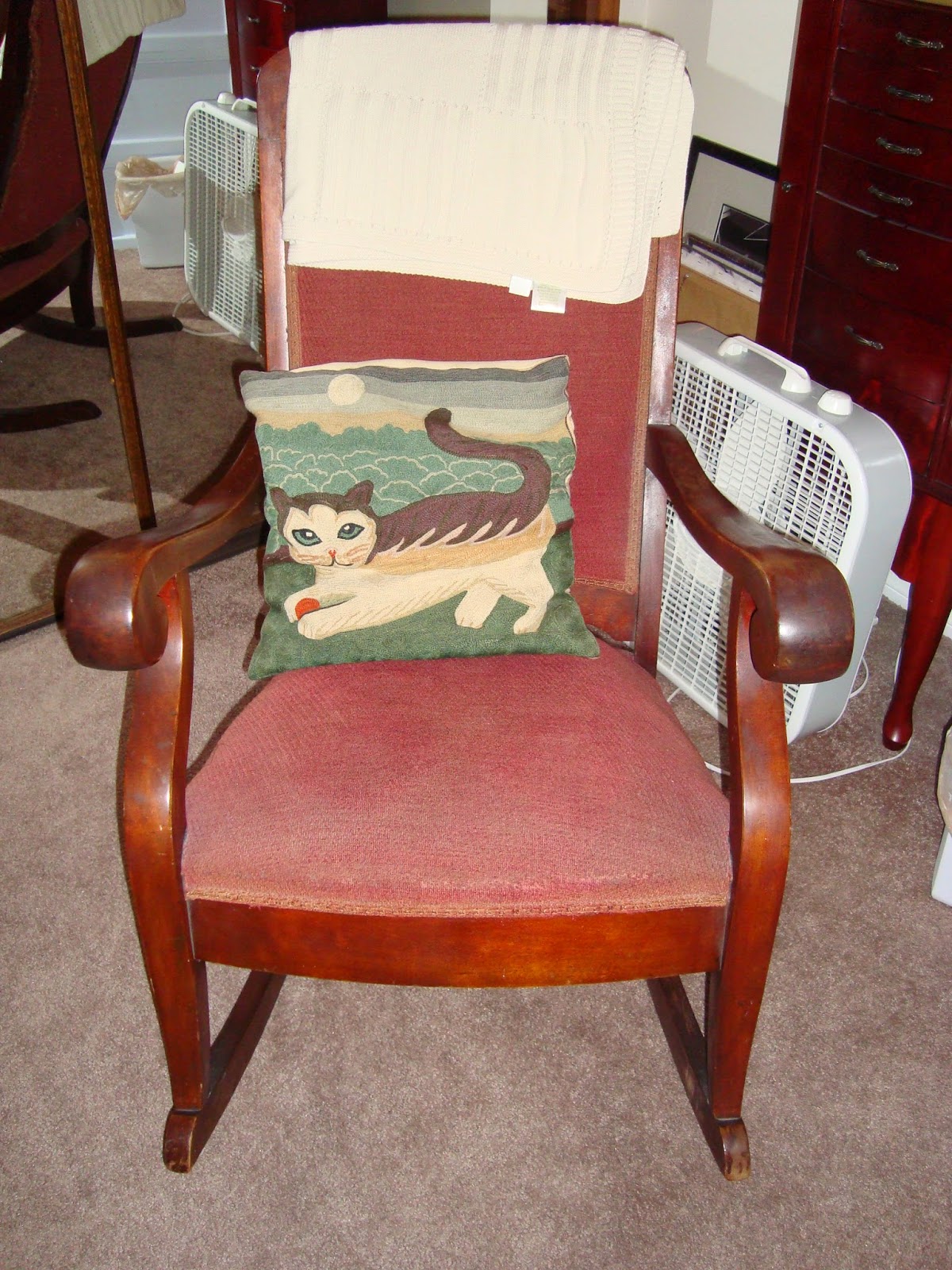 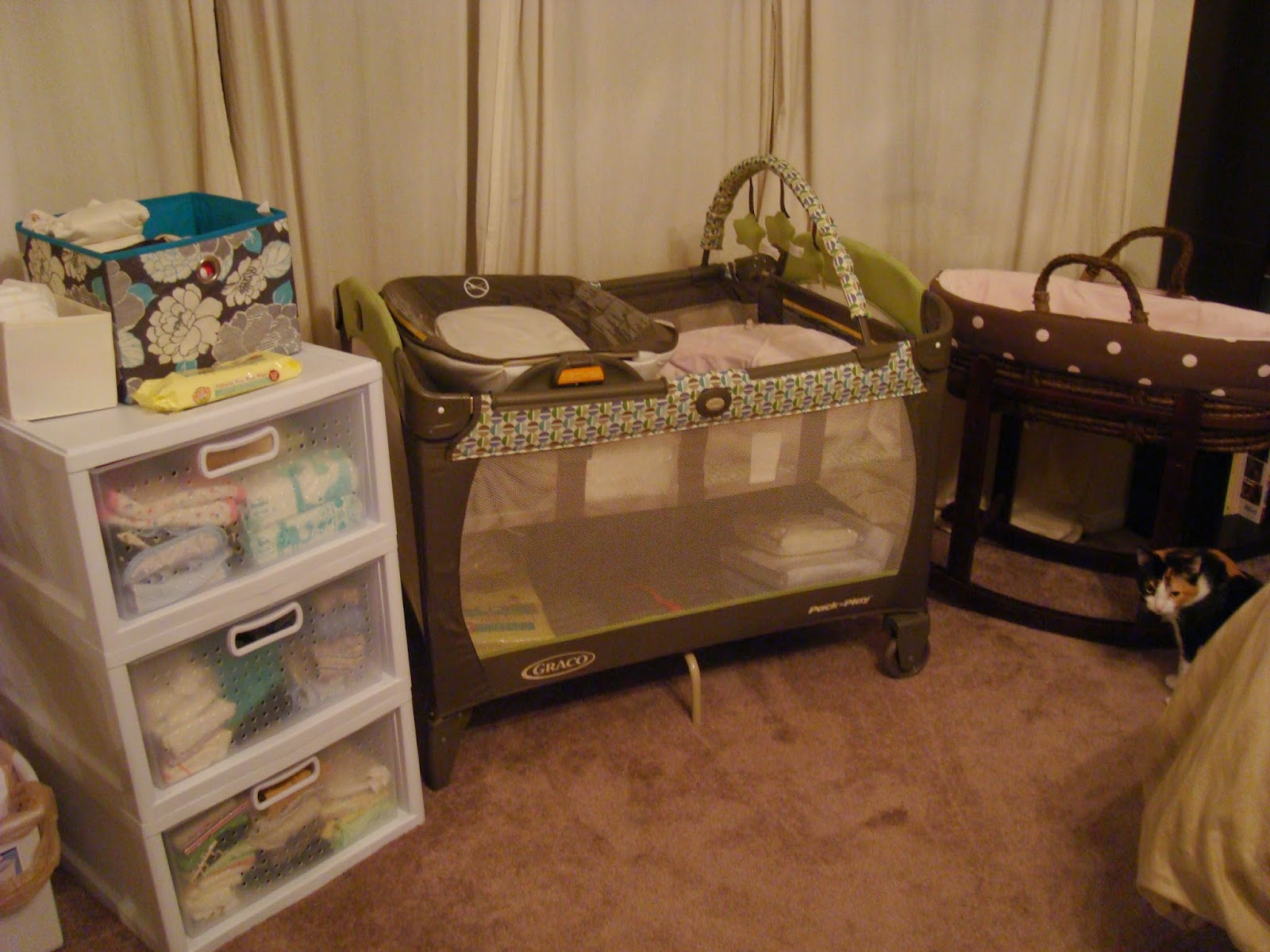 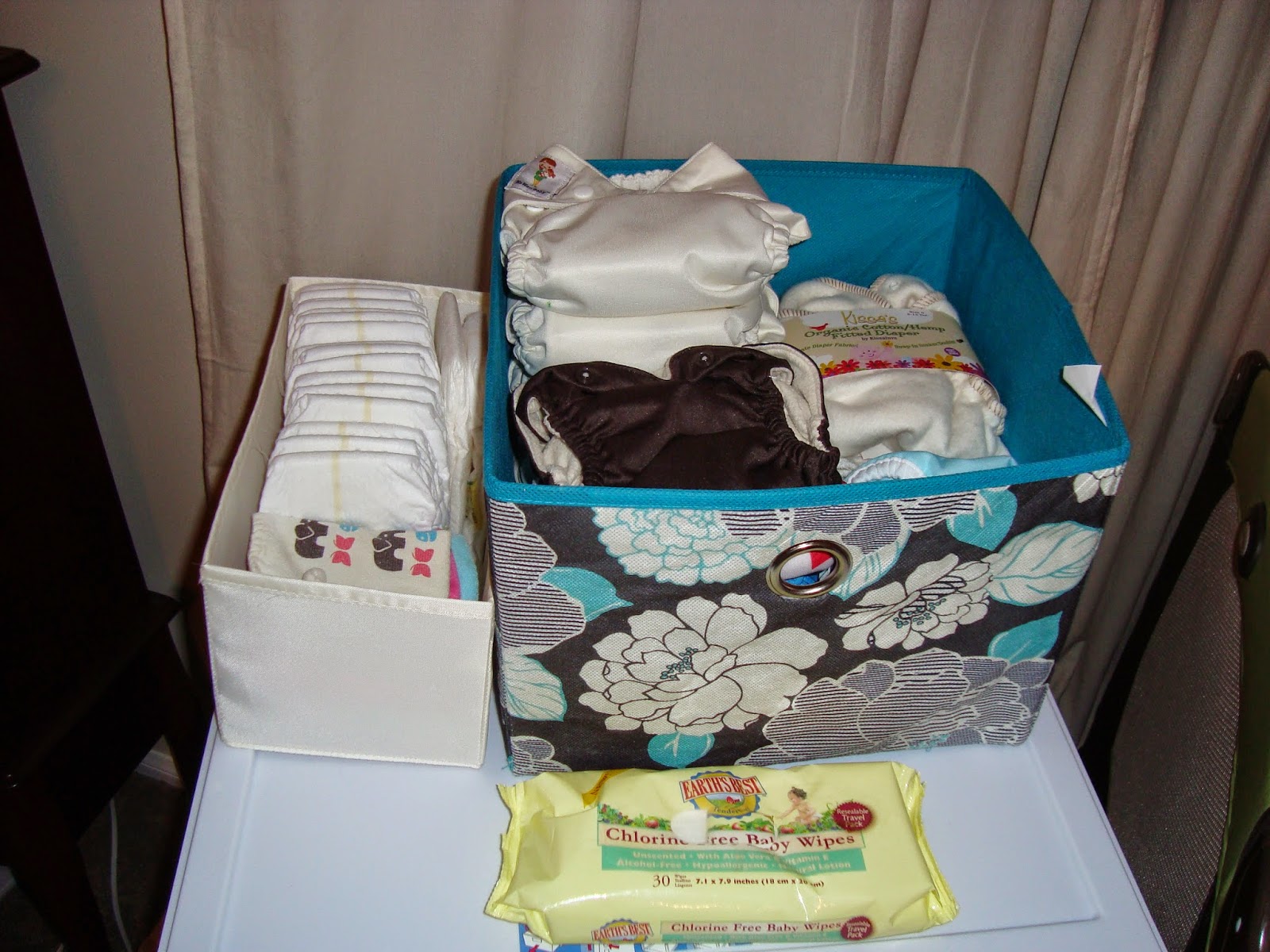 similar from Amazon).  These drawers are fantastic!  They are modular, so once we move new baby into his own room, we can use these drawers as storage for the kid’s toys or whatever else we want.

I’m planning on cloth diapering this kid as much as possible from the beginning – mostly to mitigate the expense of having 2 kids in diapers.  However, I am realistic and know that we will be using disposables some of the time, so I have both set up next to the changing area.  Since I know that the “one size” cloth diapers won’t fit this baby until he gets a little older, I’m going with a mix of a couple of newborn sized all in ones and fitted diapers and then we will attempt to use pre-folds and covers on this baby as well.  I’m kind of excited about attempting to cloth diaper from the beginning on this kid!  Aaron’s not necessarily super thrilled about it, but the cost savings makes him more motivated and since I take care of all the laundry and stuffing of G’s pocket diapers, it’s easy for him to just go with it.  He even let me show him how to fold the diaper and use a snappi (click on this link to Amazon see what snappi's look like: Snappi Cloth Diaper Fasteners - Pack of 3 (Light Blue, Bright Blue, White)

basically a replacement for the old school diaper pins).  Once baby is here, I will let you know how cloth diapering a newborn differs from a bigger baby/toddler.

Next to the drawers, we’ve set up the pack ‘n’ play, but are not planning on using it for sleeping purposes – at least in the beginning.  This pack n play came with a changing table/napper, so we’ll be using it for that purpose at least until he outgrows the bassinet. (here's the 2014 version of our pack n play: Graco Pack 'N Play Playard with Reversible Napper and Changer, Roman


Baby will be sleeping in the Restoration Hardware bassinet/Moses basket.  It’s pink, but he won’t care.  We loved that bassinet with Guinevere!  I just love that it brings the baby up to the level of the bed.  We would pull the bassinet up next to my side of the bed so I could easily wake up in the middle of the night and just look over and make sure baby is ok.  G slept relatively soundly in it (as soundly as newborns sleep that is).  I think it gave her a nice cozy feeling.  Hoping this kid likes it as much!

*This post uses affiliate links to Amazon, so if you click on the link and buy the item, I will get a small percentage of that purchase.
Posted by Brenda Stevens at 8:10 AM